Hot Topic! >> POSTING YOUR CONTENT ON YOUR
MyRR Timeline KEEPS IT SAFE FROM CENSORSHIP >>

I wouldn't get a covid test if I were you
04 March 2021
"We are now in the era of nano dust, nano particles, smart dust and the fusion of technology with human biology, known as synthetic biology. "The Fourth Industrial Revolution is of a scale, speed and complexity that is unprecedent...
Read More 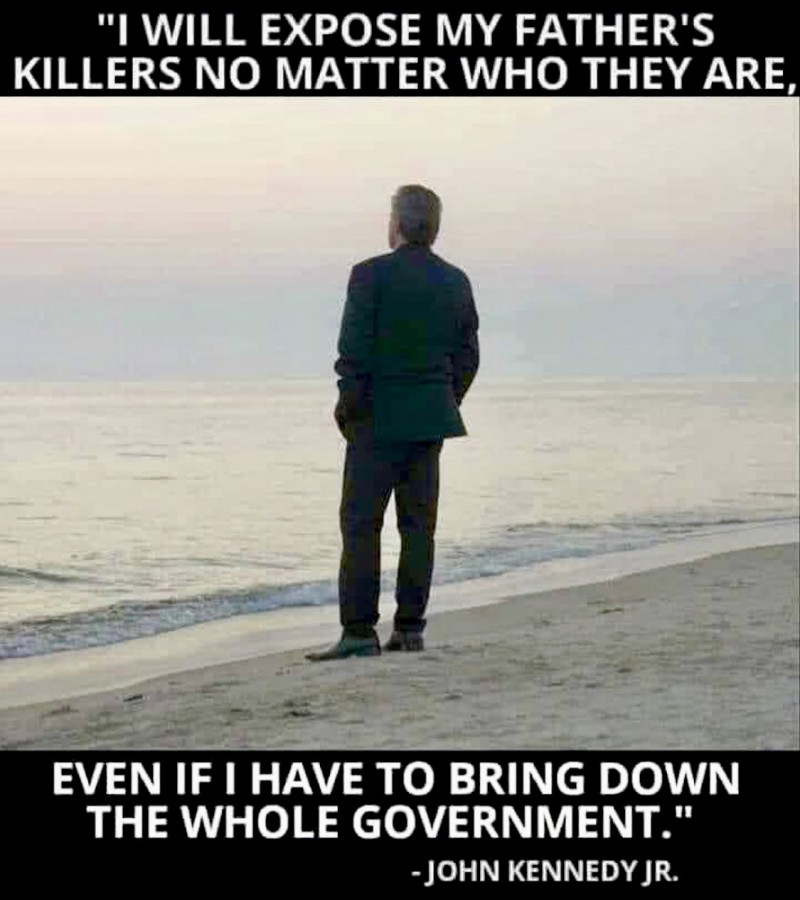 "Would JFK Be A Conservative Today?"
03 March 2021
Today we hear from Prager University on whether or not John F. Kennedy would be a conservative. As you can hear from the evidence of this video, the answer is yes! Listen for yourself....
Read More Pastor Kynan Asks, "What's the Real Agenda?"
03 March 2021
Listen up! Pastor Kynan Bridges is not afraid to tell the truth. He tells us that the real agenda is control and that they don't want us to think for ourselves. He says the agenda is to remove right and wrong and to get us to accept relativism. ...
Read More

Iceland Breaks Through: Whole Country Celebrates Fresh Freedom
03 March 2021
The Icelandic People have had a huge breakthrough! Their country is no longer restricted by the confines of covidiocy and the plandemic.  After following certain guidelines set by their own experts, Iceland has experienced ZERO de...
Read More Let the Twinkle of Mirth Abound on Earth
02 March 2021
The twinkle of mirth is needed on earth in many a situation in which mankind find themselves. A happy, confident approach to any situation, even what appears to be quite a serious one, is of tremendous assistance to all concerned in bringing about a ...
Read More

Pence: Will He or Won't He? Does it Matter? 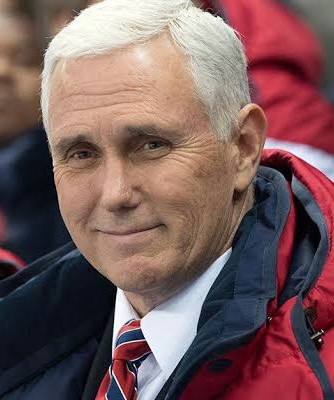 UPDATE Jan 5 Pence has become the MAGA MAN OF THE HOUR, a tweet by Trump (see article) made sure of that, a day before the Joint Session of Congress to Certify or Decertify the Electoral College Votes.

Some say Pence will be the man to save Trump's presidency on January 6, some say he's with the enemy, some even say it's ridiculous to put the fate of the nation on one guy like that.

We are watching a movie, because it was without a doubt a RED TSUNAMI landslide for Trump and the attempted steal of it was so obviously a big bear trap for psychopathic criminals that thought they controlled us forever. "They never thought she would lose."

January 5 tweets on this issue 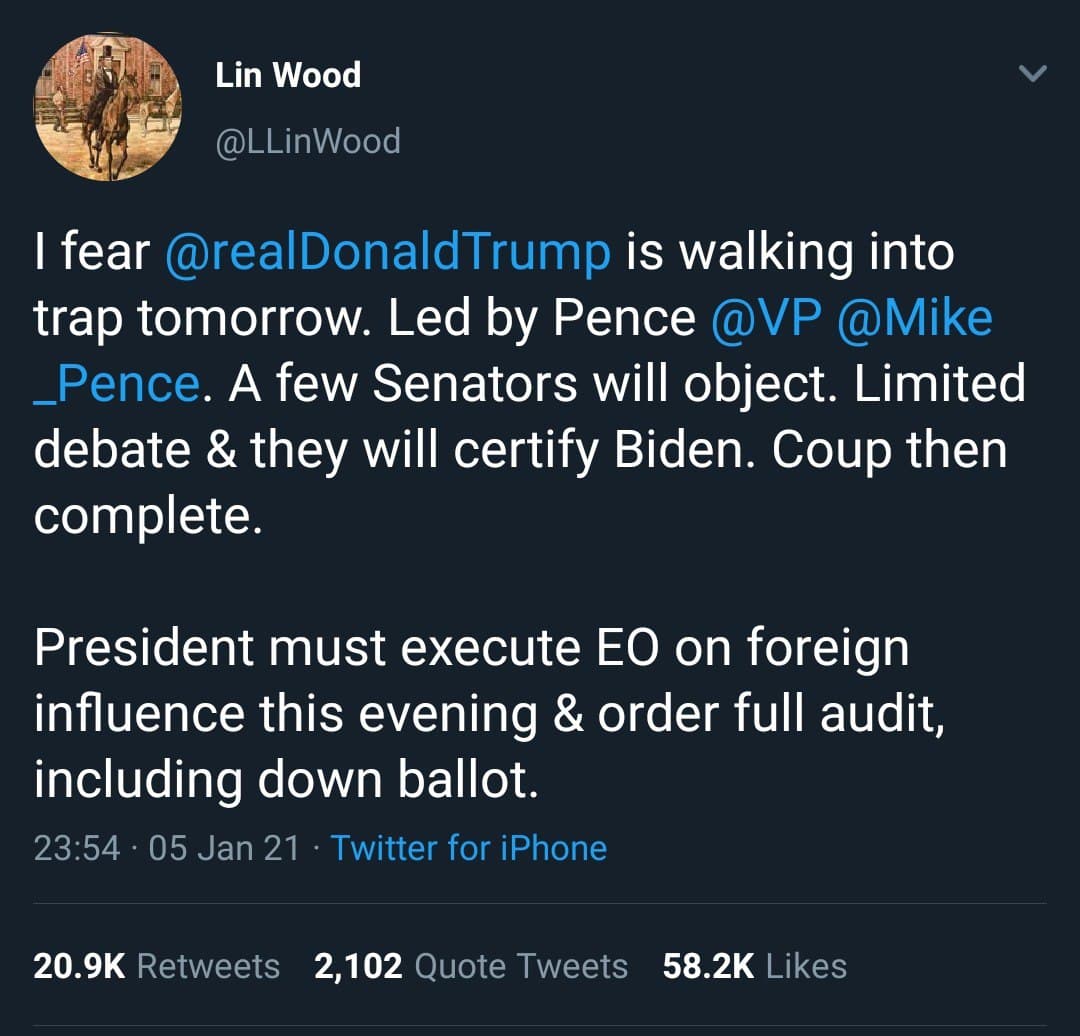 This has not been proven. It's just Attorney Woods personal concerns. @SidneyPowell1 via Twitter

Will Pence be a LION or a RAT? pic.twitter.com/bLI1wOqy0h

In today's update, Chairwoman @kelliwardaz explains the electoral counting process that is set to occur in the Joint Session of Congress on January 6, 2021. pic.twitter.com/5Ljd4YNGcx 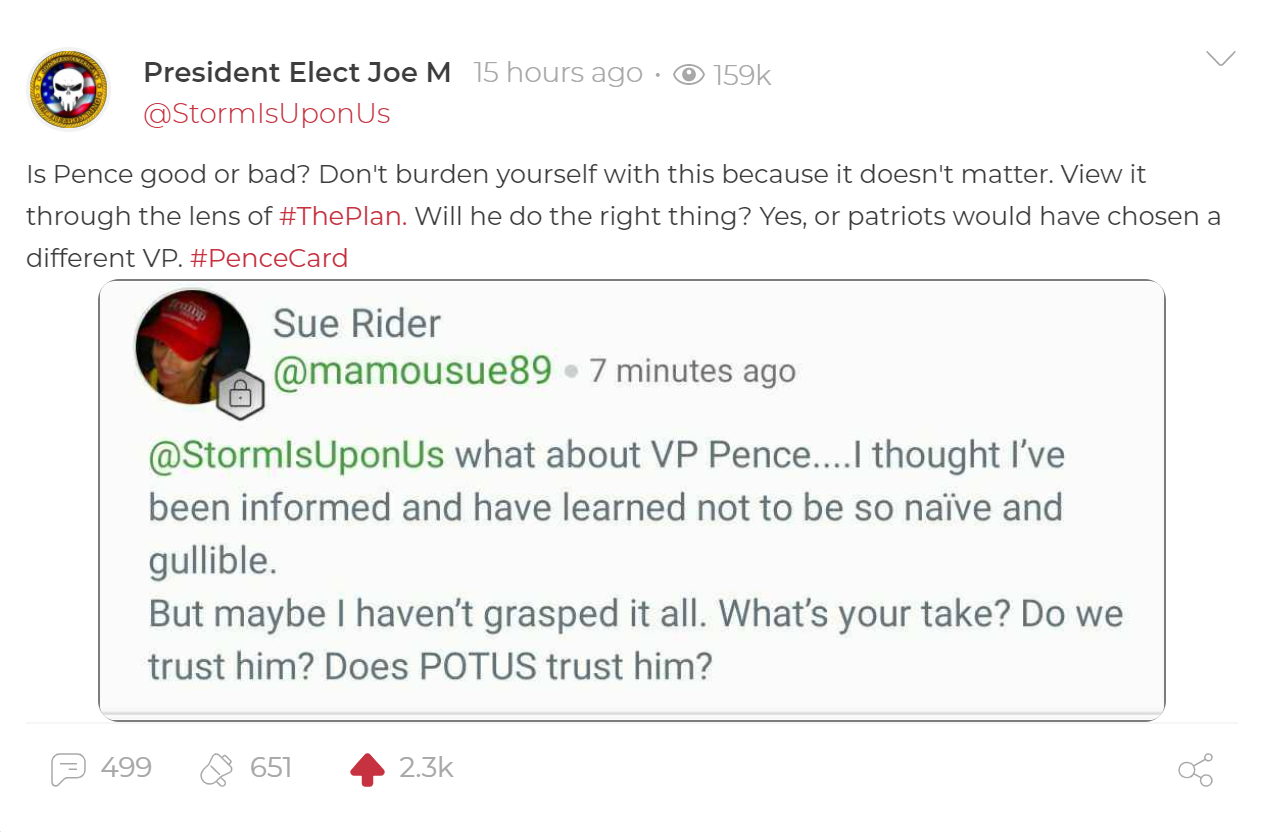 https://twitter.com/TheKBTweets/status/1343668726621757441?s=20
The whole thread here from the Thread Reader...
"Pence doesn’t have to play a card. In fact, he can put the cards in his pocket or throw them out the window. He doesn’t have to choose Trump’s electoral votes. He doesn’t have to choose Biden’s. Let me explain why this is the easiest option for him on the 6th. A thread -
"If Pence opens and counts only the dem electoral votes, there must be an objection… blah blah.
"If Pence opens and counts only the repub electoral votes, there must be an objection (and there would likely be an appeal to SCOTUS and there will be major fallout)…
"BUT, if Pence does what he is legally required to do under the ECA (assuming it is binding and constitutional – that’s another story) he must open ALL the certificates AND PAPERS PURPORTING TO BE CERTIFICATES of the electoral votes.
"He then could suggest a set to count (it’s been done) and I believe that Pence would be within his powers to do just that. But what if he didn’t? He doesn’t have to. He can open them both and make the Houses do the dirty work.
"If the drafters of the ECA intended the VP to open only the votes certified by the governors, they would’ve said so.
"They were obviously not trying to be brief in their drafting.
"As I’ve said before, getting wound up about the words “certificates” and “certified” is pointless. Get wound up about the words “all” and “purporting.” They were put there for a reason.
"The ECA says if there is more than one return or paper “purporting” to be a return from a state,
"A) If we are acting under the safe harbor: the votes for a candidate will only be counted where the two Houses acting separately shall concurrently decide is supported by the decision of the state SO AUTHORIZED BY ITS LAWS;
"or
B) If we are not acting under the safe harbor: the votes for a candidate will only be counted where the two Houses concurrently decide that the votes were cast by LAWFUL ELECTORS APPOINTED IN ACCORDANCE WITH THE LAWS OF THE STATE.
"In either situation, the Houses must concurrently agree that the same set of votes were lawful in order for them to be counted.
"I know some Senators would find it difficult to “object” to a set of votes should only one be put forth, but I think many of them would be hard-pressed to choose between the two sets of electors and say that either meets all the legal requirements needed for counting.
"Think of the RINOs and weaklings, many of their states voted for Trump. They’d be voting against their state’s choice while saying obviously fraudulent votes and corrupt counting methods are “legal.”
"The Senate can say neither set are lawful. They can say the republican set are lawful. They just can’t say the democratic set are lawful.
"Then, the vote will be decided by our Senators and Representatives. That’s not disenfranchisement. That’s the Constitution.
"That’s all that has to happen. Present both sets. Hold the Senate. Four more years.
"Call and write your Senators. Call and write someone else's Senators. We must hold the Senate." 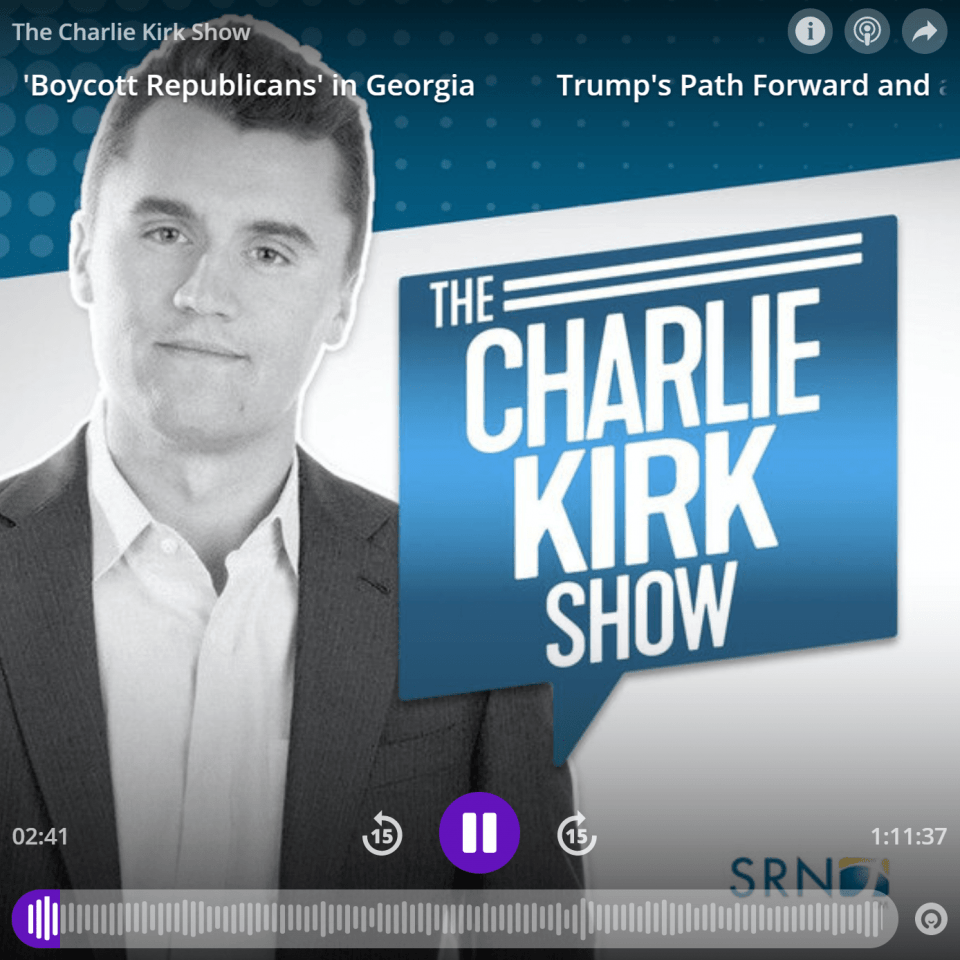 Breaking down three possible outcomes that lie ahead for President Trump in the U.S. Senate, Charlie makes the case for Vice President Pence's 'plenary' powers according to the Constitution and why he has not only the power but the precedent to cast out or simply not count contested electors from states where large voter irregularities or clearly unconstitutional voting laws were enacted against the authority of state legislatures. Charlie also skewers Rep. Cleaver for ending his congressional prayer in 'amen and awomen' before making the moral case for all Georgia patriots to get out and vote. 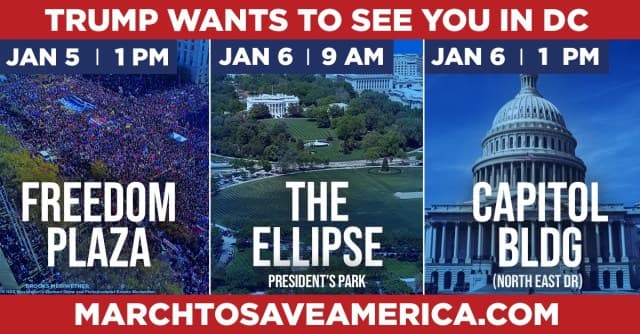 The President is scheduled to address the nation from The Ellipse on Wednesday, January 6 at 11:00 AM EST

The Joint Session of Congress to Count Electoral Votes scheduled for 1:00 PM EST 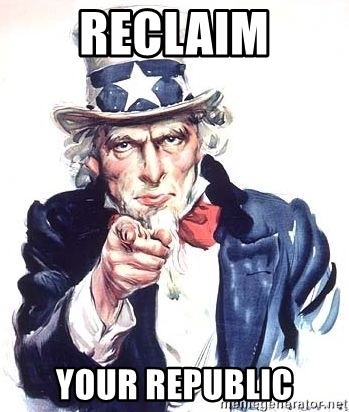 On the eve of the Georgia US Senate runoff election and only two days before the globally anticipated Jan. 6 Joint Session of Congress on the Electoral College Vote, famed Attorney Lin Wood tweeted out a 15-page 2020 Election analysis by an anonymous source that makes the case for a potential wartime footing for these united States of America against enemies, foreign and domestic. We have the document included here. 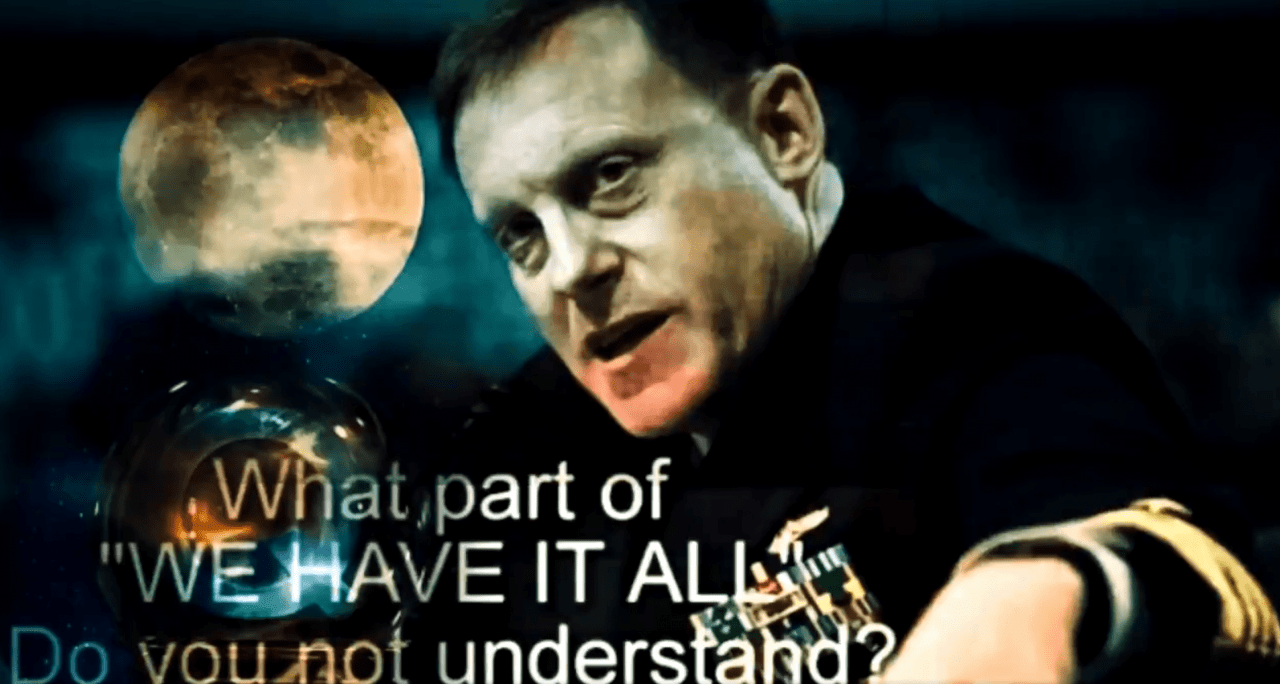 "What part of, WE HAVE IT ALL, do you not understand?"

A wartime Christmas once again for America. We win. 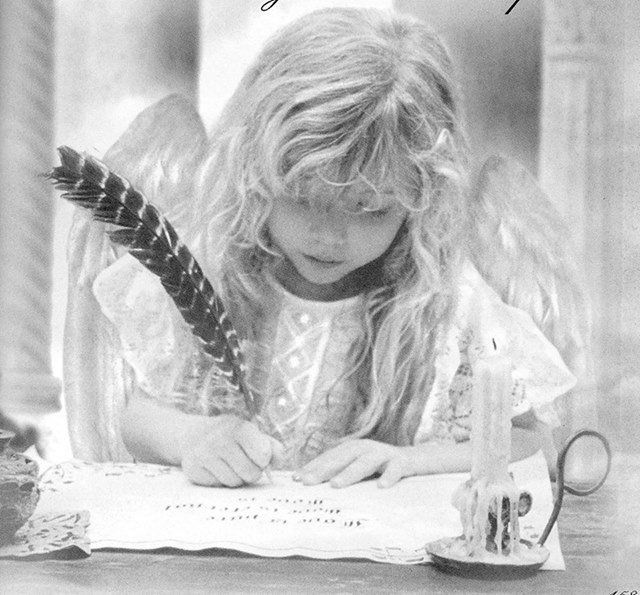 Citizen Journalists, multimedia content creators are the reason we are here. Raising up your voice is central to our mission. We are a team, lifting each other by the variety of our talents and skills. The most important element in this is capturing and sharing the unique thoughts, wisdom and artforms that come to us as we ponder the world in our hearts. Seeing now clearly how badly the people who arrogate themselves into positions of power and influence over us, are bungling the job. They have never attempted to serve the people who are the source of their wealth and power, they only seek to exploit us.

TEAM TRUMP'S PATRIOT WARRIORS: FIGHT EFFECTIVELY, OR KEEP LETTING OURSELVES GET PLAYED?
21 January 2021
Good morning ladies and gents! I hope this finds you well, prayerful, guardedly optimistic.  My feeds are aflood with much of the same breathless posturing and prognosticating we have experienced for years now, overall I must say, the hype seems...
Read More

BACK TO U.S. CONSTITUTION? IS TRUMP ENDING THE AMERICAN CORPORATION?
13 January 2021
Our friend and contributor Howell Woltz of The Richardson Post has studied Donald Trump up close going back to the 70s living three blocks from Trump in New York City. In this article we've published with his permission, he explores the idea we'...
Read More

The Greatest President
28 December 2020
January 20th, 2017: Do you remember where you were that day, what you were doing and what may have been so important you had to drop everything, turn on the radio or tv to listen to him speak?? Maybe you were actually there, because mi...
Read More

What is Orgone?
15 December 2020
Orgonite and Orgone Energy - A Short History  A lot of people are talking about "orgonite", orgone, orgone energy, orgone generator, orgone accumulator, cloud busters these days. But what does all this mean? A lot of confusion has been sowed by ...
Read More

Kicking Kissinger's Cabal of Creeps - Trumping the Globalist "Reset"
05 December 2020
People in America and around the world are anxious because they allow themselves to be told what to think about what's real today following the massive fraud trap that was the 2020 election. There isn't much real being talked about in our media,...
Read More